When it comes to iconic images of London, the traditional red booth stands alongside double-decker buses, black taxis and the London Underground site. The red telephone box is a treasured part of British culture. It was voted the nation’s greatest design achievement. However, the use of smartphones has been steadily wiping out the everyday use of public telephone booths, dropping from 92,000 in 2002 to less than 48,000 today. We can’t help but asking ourselves, what will become of London’s cherished telephone boxes? What we’ve learned so far is that, when it comes to new technologies, even the most British of icons must evolve, and now thanks to Bar Works, a New York-based co-working company, 19 scarlet-red kiosks have been transformed into small offices named Pod Works. Each office booth features Wi-Fi, a 25-inch computer, a printer and scanner, outlets, and even a coffee and tea machine available free of charge. 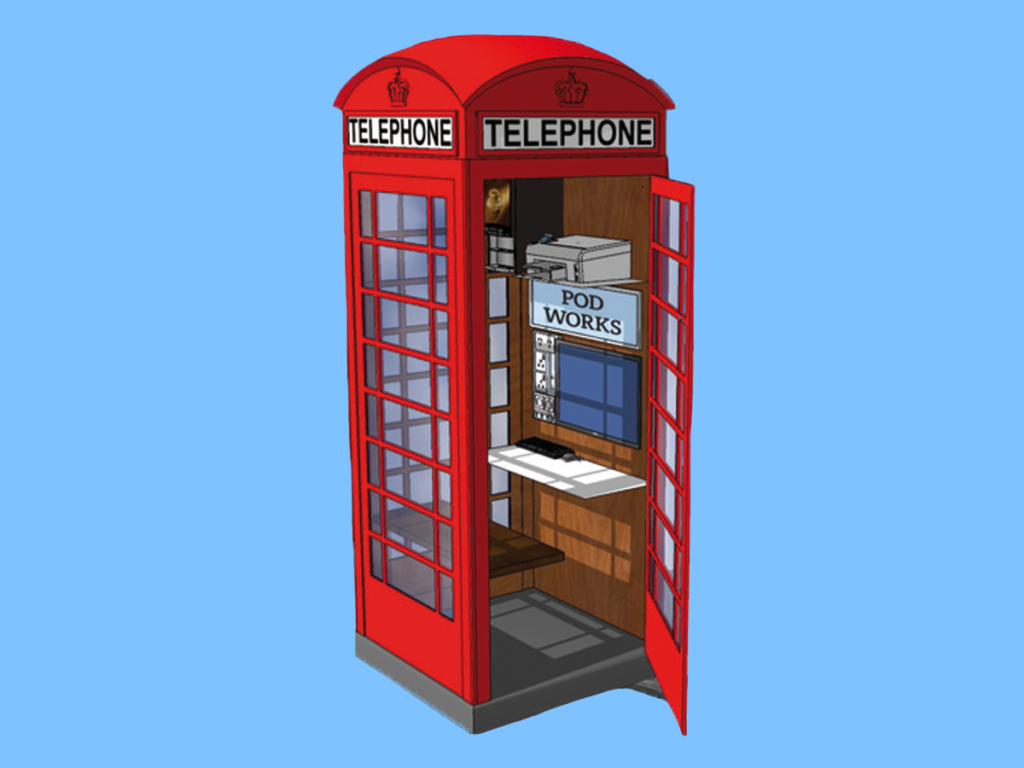 On an interview with Tech Insider, Jonathan Black, Bar Works CEO, expressed his longing to find a new purpose for his hometown’s beloved phone booths.

“I was thinking it would be brilliant to find an alternative use for these boxes, which are iconic and positioned in prime locations”

Bar Works is leasing an increasing number of BT’s old call receptacles in London, Leeds and Edinburgh offering flexible and affordable subscriptions granting access through a smartphone app to any box 24 /7.

“Entrepreneurs constantly on the move need a convenient, affordable and private place to work […] Why should they sit in Starbucks or any other coffee bar when using one of our Pods will allow them to truly focus on their job before an important meeting or presentation at less than the price of two cups of coffee a week?” To re-design the booths, the team is working with the Red Kiosk Company, who has already turned other telephone boxes into shops that sell milkshakes, coffee, salads, and souvenirs. NewerStress in the Workplace: How It Can Be Reduced
OlderThe Infinite Green :: Urban Architecture Under Italian Skies We have all seen a change in work culture this year, with more people working from home than ever... Many parts of running a company can be outsourced these days, to the extent where you’re pretty... The COVID-19 pandemic has created widespread uncertainty and caused a great deal of damage to the...