Challenging the Traditional Form of Office Experience :: An Interview with Charlie Green @ The Office Group

Week 2 – London. Once again it is time for our new, weekly feature here at the eOffice, where our founder Pier Paolo Mucelli explores the London office space market, in order to present the most trendy and cool spaces in the capital. This week we are starring The Office Group through an interview between Pier and The Office Group co-founder, Charlie Green. The Office Group (TOG) was founded in 2003 by Charlie Green and Olly Olsen. The story behind it already began when Charlie and Olly met; the two were working for the same company in the serviced office industry and were longing for a more creative and different office space. Together they discussed what they thought was the vision regarding what people actually wanted from flexible offices, and, with their shared vision and complementary skills, they soon became a good team on both a personal and professional level.

When we ask about the business growth, Charlie explains that they both knew the CEO of a private equity fund, that knew the industry and was looking to invest in the sector. The CEO wanted both of their skills and was delighted to bring them together in this project, which resulted in the foundation of The Office Group (TOG) and the purchase of their very first building in late 2003. – The journey had begun! Moving on to the strategy behind the business growth, Charlie points out that they had quite a free business plan. In fact, there was no real plan or strategy, but initially, the small team lived day by day until the private equity fund gave clear orders of not to get in touch before they had filled the building and proven the business model. Consequently, they filled the first building, returned to the private equity fund, and started on the next deal.

In 2010, the company had seven buildings; six freeholders and one leasehold. At this point, the private equity company that they had been working with could not contribute with more cash into the business. The founders started looking for a different kind of partner that could bring some more to the business and were delighted to meet Lloyd Dorfman CBE, current chairman and major shareholder, that had founded Travelex and was looking to get into property. Charlie smiles as he adds “I guess we were looking for him and he was looking for us”.

From this moment, a new chapter in the TOG story started: Together with Lloyd they became a bigger company with 11 buildings and a fresh injection of cash. On one side, it was exciting times for the company, but at the same time, Charlie emphasizes the importance of spending enough time on the merge in order to get the difficulties and the business platform right. When the merge was successfully completed, the partnership with Lloyd began creating a path with more opportunities, and, in the time that followed, TOG completed strategic deals. One such deal was a 50:50 Joint Venture with Network Rail where they took all surplus space in their station in order to refurbish and run them as drop-in working areas. At this point, the team realised that they were in need of changing their business model. Buying every building was going to be a very tough way to grow the business because it was too capital intensive and competitive. Therefore, in order to keep a controlled growth, TOG started to take leases on buildings and try to be more creative regarding the type of deals.

Today, Charlie describes the company as a key player in the service industry with focus on customer satisfaction in relation to design and use of space. From this, we understand that TOG differs from its competition because of the design and how people use the whole building, not just the office. He underlines that the same drivers they had 13 years ago are the same as they have today; which is the thrive to be different. “What we were doing then, was trying to be different and trying to stand out, especially in terms of design,” he says. The entire premises of the business were to create a business model where they offered short-term deals and flexibility. The key was to have the pricing and the product right, in order to create a long-term income.

The question is, how did they actually perform their design strategy to differentiate their offices from competitors? Earlier in the interview, Charlie had explained that in previous jobs, the creative side of the business was too corporate, bland and boring. To avoid this, Charlie and Olly chose to approach each building differently and take the time to understand the specific building and the local area before designing. Charlie adds that “it is important that we understand the market that we design a building and area for.” The next step is to brand each of their buildings individually to deliver ownership for their clients. It is vital for TOG to demonstrate that they are not a temporary solution, but rather someone who is changing the traditional form of lease. According to Charlie, this is not about serviced offices or business centers, but the change in the way people are working: For businesses that employ up to 50 people, they don’t want a traditional lease because it is time-consuming, costly, and provides no flexibility or possibility to grow. TOG, on the other hand, deliver this ability and comfort!

Furthermore, TOG puts a lot of work in keeping its clients happy and productive. The whole workspace experience is on point; beautifully designed offices with natural light, libraries, cafes, gyms, roof gardens, and focus boots – all a part of their approach in challenging the traditional office and give people more flexibility and quality of the environment. At the same time, Charlie and Olly have noticed a shift in the way people share office spaces in the last couple of years. According to Charlie, this sharing element is most likely a spinoff from that people are much more comfortable in sharing everything from family photos on Facebook to homes on AirBnB, and to sharing office buildings. As a landlord and provider, TOG is responsible for providing these facilities to deliver all benefits, such as the benefits of an enjoyable place to work and the social benefits of the community. As we are visiting their Oxford Circus location, Henry Wood House, we are interested in knowing more about this specific building. Charlie can happily tell us that with this huge space of 76000 sq ft and 9 million pounds to spend on refurbishment, TOG was able to provide facilities that they have never provided before. This included convenience, providing the availability of everything that makes people’s lives easier, such as café and kitchen, showers, gym and changing rooms, bike storage, break out area, a screen room, and parcel management. Not to mention their new solution of members only apartments, functioning as meeting rooms during the day and apartments in the night. In other words, TOG is really fulfilling their mission to challenge the traditional serviced office by providing a whole new level of office experience.

Lastly, as the interview is coming to an end, the conversation moves on to the market evolution. Charlie explains that with their position of challenging the traditional form of lease, they are looking to attract bigger businesses. He thinks that the biggest challenge in the market will be the education of the user in a way that they understand the values of working this way. Regarding competition in the market, Charlie believes that competition is healthy for the business, but to succeed you have to be confident in what you do. Having the location, price, and your own authentic product right, you will always be able to fill it! Subscribe on the bottom of the page to get instant blog updates and cool features. 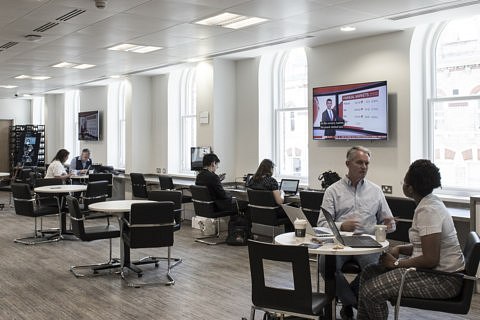 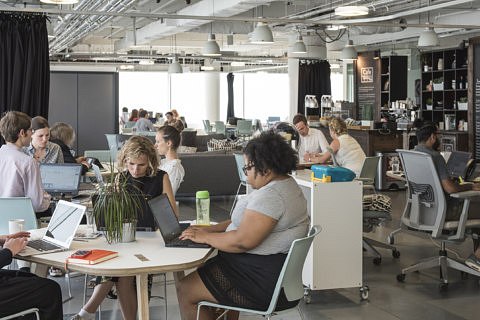 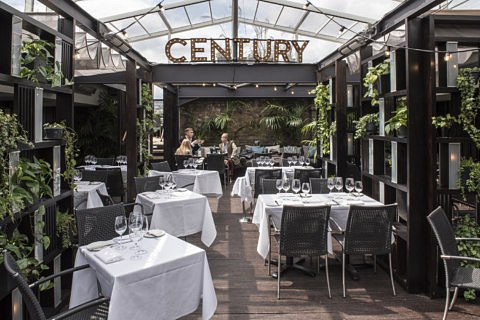