Designing an Office Where People Want to Work :: An Interview with Giles Fuchs @ Office Space in Town Week 1 – London. The founder of eOffice, Pier Paolo Mucelli, has visited the Office Space in Town and interviewed the CEO and Co-founder Giles Fuchs, to learn more about their journey to success as a trendy workspace. The interview is the first in our new weekly feature, starting today, where we will be presenting cool and trendy spaces in the British capital – talking to the main people behind these concepts.

Here is the story behind Office Space in Town:

Office Space in Town (OSiT) was founded by the siblings Niki and Giles Fuchs in 2009 and is a growing serviced office group. The idea was inspired by their parents, who in 1979 opened one of the first business centres in the UK: City Executive Centres Ltd in Northampton. The company was sold in 2005, but the siblings wished to return to the services office industry, and opened Office Space in Town (OSiT) together. When asked how they grew the business, Giles replies that their journey began with regaining management of the first two buildings that their parents opened. Their first London site, on the other hand, was the top three floors in Euston Tower, in which was quickly filled and the search for the next deal began. Luckily, while looking for funding for a new building, he stumbled across a fund that would not just do one, but three new buildings, which resulted in the purchase of Liverpool Street, Waterloo and St. Paul’s.

Since then OSiT has focused on growing within London Zone 1, and today the service provider manages six sites in London; four own spaces in Liverpool Street, Waterloo, St. Paul’s and Monument, and two leases in Euston and Mayfair. Not to mention two spaces in Cardiff, two in Northampton and one in Edinburgh. 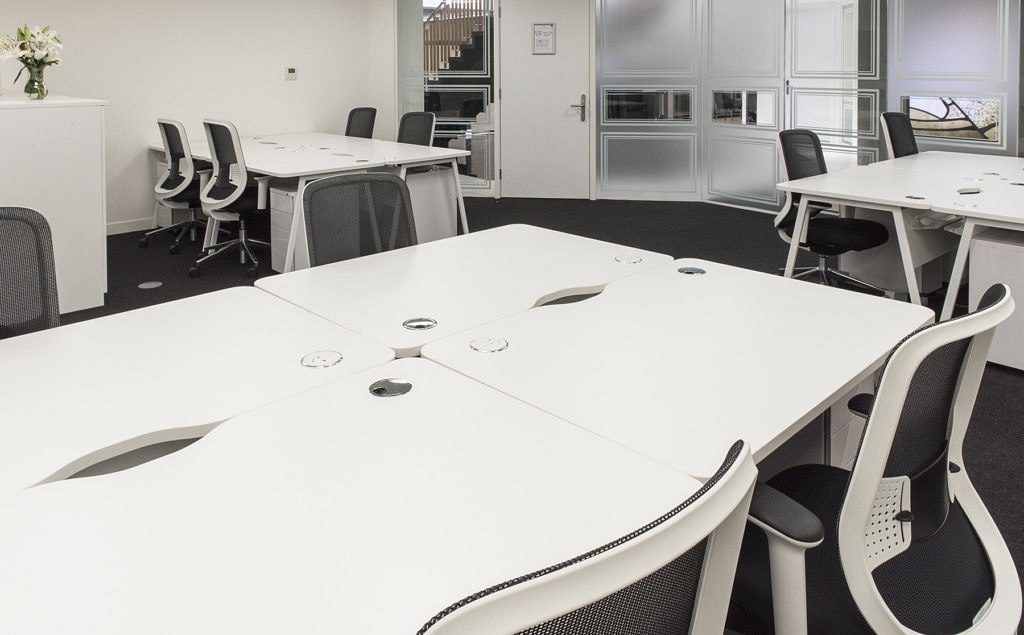 Moving on to their differentiation in the market, we learn that OSiT has put a lot of emphasis on the design to create something different from what Giles describes as serviced offices with too many corridors and doors. “I just wanted to design an office that I wanted to work in”, he explains, in which is a goal that has been the foundation of their design strategy.

To create their dream offices, OSiT did two main things: Firstly, an external designer, Sam Kopsch was hired. Together they sat down to describe the clients in a specific location in order to create the best and tailored office space for each type of client. Secondly, they decided to focus on all the important details that make people want to work in an office space, such as width of the corridors, free meeting rooms, fantastic IT, Air Conditioning and low noise level between offices.

At this point, Giles underlines how important IT is to serviced offices today. There has been some changes in the last years in the way office spaces are used, and good wireless technology is seen as vital in today’s market.  Therefore, OSiT has ensured a fantastic IT system that is easy to use. Another change that is noticed is that communal areas are seen as more important now than before. As a response has OSiT dedicated a high percentage of the space to a club lounge, meeting rooms and breakout areas, including keeping their community active with networking events.

And the result? A creation of an office space where people want to be and stay in! As the interview is coming to an end, we move on to our last question; How Giles sees the serviced office market moving forward in the next 5-10 years. As a reply, he says that he thinks “the corner has been turned in terms of using serviced offices as a temporary space, it is now a destination. Being a destination means that the whole market in all of the UK who have fantastic businesses and would like a shop window in London without the exposure of a lease, suddenly they have got somewhere, that is not above a fish-and-chips shop, where they can come and work and that mirrors the quality of their operation as in their own city. That is only just being started. Also, firms that wish to move a whole team of maybe 50 people to London for the presence, they are starting to come. So, the solution is; serviced offices tailored to their clients’ needs.”

When it comes to opportunities in the market, Giles expresses optimism related to the growth of the market and more room for complementary services. He emphasises that the bigger you are, the better, but then adds that one must remember the risks of being a big company. As the biggest threat to the industry he is mentioning that leases may wipe you out if a recession were to happen and the prices went up, but, on the other hand, when considering effects of the recent Brexit, Giles does not believe in a big change, rather a positive outcome for the players in the serviced office industry. Thank you for your great hospitality, Giles Fuchs and the Office Space in Town!