Service and Technology is Oxygen for the Business :: An Interview with David Saul @ BE Offices

Week 20 – London. Today in The Workplace Series, eOffice is featuring one of the biggest providers of flexible office solutions in the UK: BE Offices. The company has been in the industry for more than 20 years and has gained an enormous amount of experience and knowledge surviving several recessions. Through this interview, Managing Director David Saul will give us the whole story behind this growing company and his thoughts about the serviced office industry. From Left: David Saul and Andrew Issott from BE Offices, and Clara Garcia and Pier Paolo Mucelli from eOffice

David, let us start with the company history. When did you start BE Offices and how did you grow the business to its current size?

Many years ago, back in 1992, we were four partners that owned a large property company in London. As a team, we brought together knowledge from different backgrounds including property, accounting, and banking. This way we gained the best knowledge of property ownership, which is understanding the relation between property and finance.

At the time, we had some business offices that were let to the companies Platinum Pens and Local London Group. To cut a long story short, they sold to a business called Ouvah Highfields, which unfortunately set our industry back many years by not doing refurbishments that landlords paid them to do. At one point, the company collapsed and we repossessed two of their centres in 1991. Suddenly, we became property owners of large office buildings in London that we started letting as business centres.

In 1993, we restructured the whole company. The four of us made deals with our banks, put equity in the company, and bought two buildings in central London. Within 6 months we had made enough money to take our equity back out, and within 2 years, we could sell one of the buildings for the same price we paid for both. This left us with one big business centre in Embankment which was producing a large amount of income. We decided to continue to grow our business and bought a large 140 000 sq ft building in Wembley. There, we did a very cheap refurb, we put in on the market, and managed to let 50 000 sq ft within only 6 months. Our first thought was: “Wow, we are good at this!”

With that income, we refinanced and bought a building in central Reading. Once again, we did a very basic refurb and, before we opened, we had let the entire building. At this point, we were getting banks coming to us and asking to lend us money. We continued our journey by buying another building in Basingstoke, and the same thing happened!

However, in 2001, the whole industry suddenly collapsed as a result of the dot-com bubble.  Many big companies experienced problems because the whole industry was built on the dot-com era, and went out of business. The reason we survived the collapse was because we had a newly refurbished centre right in the middle of Reading. This allowed our clients to easily get the express to London Heathrow and to Paddington in 21 minutes, which resulted in a high amount of calls for this location and large companies that agreed to commit to 3 years at business centre rates.

An Urban Mix Between Brick and Modern Furniture

At that time many of your competitors were taking leases while you owned your freeholds, is that correct?

Yes, and that became a great advantage! What happened was that we could continue to have income and managed to survive, while many of our competitors fell out of the market.

And how many buildings did you have at this point?

We had four buildings: Southbank House, Wembley, Basingstoke, and Reading. Then we bought a company in Bristol that had a business centre on a long 900-year lease. We made a deal with the landlord, refurbished it, and sold it back. After that, things began to improve again and we were able to buy more buildings. David, could you describe the main elements within this building in Threadneedle Street?

In this building, which is 12 000 sq ft, we did a full refurb: we went back to using brick, we added new lifts and new air-conditioning. In total, we spent around 2 million pounds upgrading the building.

The reason why we spend so much on refurbishments is because we want our clients to feel comfortable. For instance, in order to create a good work environment, we like to invest in art. In one of our spaces we even had a Formula One car!

Do you consider BE Offices a property provider or a service provider?

It’s a very good question because when we started this business there was no such difference. In the beginning, we were making money through property only. We did not have any external funding but financed our growth with our own recourses and by reinvesting our profit. Today, on the contrary, we focus more on the service side of the business.

Regarding your members, do you have any specific sectors that you are targeting?

When we first went into this business 20 years ago, various sectors were quite restricted to specific areas, and that is what we focused on. Now, with the growth of mobile development, this has completely changed. We recently did a deal in Victoria and we have a broad mix of different clients in one space. A Broad Mix of Clients

Recently, I came out with a fairly controversial statement where I said that large coworking spaces do not work if they stand alone. You cannot be WeWork and sign a lease for 6M£ per year and think that your membership fees are going to cover everything. It cannot work!

When it comes to costs, I know an operator who puts their coworking spaces down as marketing costs. At BE Offices we try to get a ratio of 1:8 which means that for every 8 people in one building, we try to have one break-out space. We do this to avoid having someone who is paying for a workstation come in and struggle to find a place to sit down.

David, you have been in the industry for a long time so I have to ask: Before the last recession we had a strong market, do you see any similarities with the market now and in 2007?

The main problem in 2007 and 2008 was the bankers getting carried away. We now know from history that they are creating packages of debt that are not sustainable and lending to people that can never pay. At some point, it had to go wrong.

So, will it happen again? The reality is that there is a correction ongoing at the moment, but it is always hard to say. I think there was an uncertainty with Brexit happening that is affecting the market. However, in my opinion, there is not an issue with Brexit itself, because once it has happened, everything will eventually sort itself out. The problem is that during uncertain times it gives people excuses to slow down business. 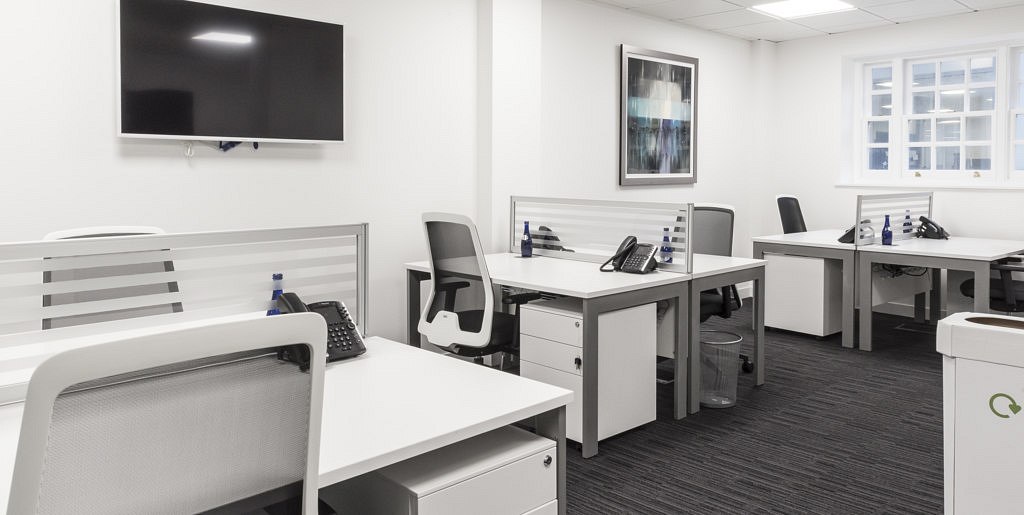 A Customised Space for You and Your Company

So, specifically in London and the UK, how do you see the level of offer and demand in the next few years?

There is no question that the old fashion way of occupying space is dying. We predicted that change 10 years ago. Since we started, people have been signing shorter and shorter leases and now they are saying that even 3 years is too long. People want flexibility.

Also, there is no interaction between the property company and the client, and I believe this needs to change. What we will find in the future is that certain property companies will become operators and that there will be more consolidation in the market. David, you touched upon the need to have flexibility in the lease conditions. In terms of requirements, what other changes have you seen in the market and in your clients over the last five years?

I definitely see that people are done with the days of the blue carpet and the beach desks. Now people are more interested in white furniture, black carpet, glass everywhere, and a rustic feel to communal areas. But not everything is about the design, I think it is important to understand the design in relation to the location and your customers. Modern Technology Within the Whole Building

In relation to changes in the market, do you focus on anything in particular when differentiating from your competitors?

For a business of our scale, with 17 buildings, you need to be different to your competitors. We are focusing on providing office spaces that include premium services and technology.

In fact, technology and connectivity are oxygen for a business and therefore a must. I believe that the main difference between us and most of our competitors is that we have a whole IT department, which means that everything is done and controlled internally. We also have an in-house team that works with customising the space for our clients. So, if you would like us to take a wall down, we turn that around in 24 hours.

Our team works 24 hours per day, and are able to fix everything within a short time, which gives us a huge lead over our competitors. As a matter of fact, we have something called “Service Excellence Guarantee”, which means that if the fault is ours and is not fixed in four hours, our clients don’t pay a license fee that day. The reason we put the standard so high is because, in a building like this, you are asking 4 to 5 times what the After Repair Value (ARV) is. If you are selling a premium service, you offer a premium service. In fact, we are now putting the word service back into serviced offices because I think a lot of our competitors have forgotten about that.

To summarise, I think the biggest change in the last ten years has been that clients expect a great product to focus on excellent technology and service, just like we do here.

Thank you for the great hospitality, David Saul and BE Offices!

Bright and Modern Offices in The Heart of London