We looked at Coworking Specialisation and niche models in session 4 of the Coworking London Conference.

We began with a music-focussed coworking space – The Rattle.  It is a collective for music entrepreneurs that bring together founders, artists and tech makers.

Chris Howard, the CEO and Founder shared their goal to create a space for founders and not freelancers.  To actualise the founder’s vision by providing the infrastructure they need is their secret to success as a niche music coworking space.  “Our Founders don’t care about posh, glitzy offices but want the facilities that help them grow – this is our core specialisation” explains Chris.

CEO of one of our host venues; Ralph Manheim followed with his blockchain based coworking business – Primalbase.  Ralph explained that their focus is specifically on the tech industry to build a network of developers, engineers and technicians involved in proptech, fintech, robotics, AI and Big Data.  Their model utilises PBT (Primalbase Tokens) that are lifetime memberships that can be used or leased out to hotdesk/part-time users via their platform using digital currency.

A female end to this session came from female-focussed space owner Lu Li, Founder of Blooming Founders.  “Less than 1p per £1 of Venture Capital investment is invested in female only teams compared to 89p in male-only teams”  Lu explains was the reason she wanted a space to encourage and support female entrepreneurship and bridge this gap. Her space is community-led and not female-only (men are able to join) with the ethos of support and inclusion to foster and nurture early stage female entrepreneurs.

Three distinct models for specialisation in this session all shared the common vision around their members and community – who they are, what they stand for and how they can help.

Carlos Goncalves who moderated the panel discussion concluded “The specialization of coworking spaces is a natural evolution of the industry and allows greater sense of connection and specialised network among professionals in the same field.” 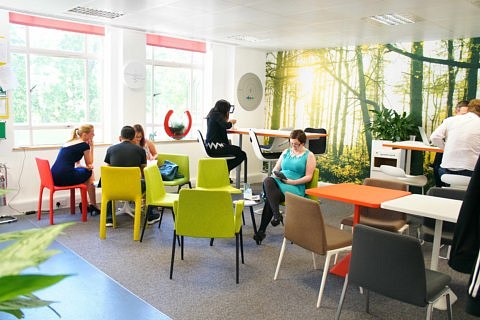 The Right Commercial Furniture to Boost Your Productivity

With many people working remotely due to the COVID-19 pandemic, it makes sense for companies... Key things to consider when refurbishing your office

Refurbishing your office can give it a new lease of life and can increase productivity for your...