Office Designs and Security Systems at Your Workplace

Having a security system in the workplace is of utmost importance because it can act as a deterrent to thieves, and the video surveillance footage can provide information if there is a security breach.

With technological advancement, it is easy for a business owner to install security systems. However, the office design has a role to play in the final choice and positioning of the security system.

Every workplace has its own office design. While some people prefer the open-plan design, others prefer individual partitions that come up to shoulder level, while others have enclosed offices.

These designs all have their potential security risks, but the popular open office workplace design has more risk. If for example, a gunman accesses the office, he will be able to target a large number of people at once. Where the employees need a ‘run and hide response’ it will be difficult to implement.

One of the security measures to put in place is to have multiple exits in the workplace.  Also, make sure that you have offices with lockable reinforced doors that will give the employees a safe area to run to in case of a terror situation.

No one, including employees, should access the workplace without proper security checks.  Remember, sometimes the threat is inside the office, a disgruntled employee can decide to shoot everyone in an effort to express a point.

Security in A Co-Working Space

Co-working office spaces require a level of trust and shared values. Because the co-working space caters to different people every day, carry out proper security checks before they can access the workplace.

Since the people sharing the co-working space come and go at different times, you need to factor in how to give them access to the building at their convenience. Smart devices like smart locks and cameras will allow for remote access and remote surveillance.

Mount cameras in the work areas for that added sense of security.  Place them strategically so that people do not feel that you are looking at whatever it is they’re doing at their workspace.

There are some key areas in an office you should consider installing a security camera.

Entrances and the parking lot

Any point of entry needs to have a security camera covering it.  Cover garages and large windows.  If you have a lobby or reception area, have a camera that faces the front entrance, so that anyone you have footage of anyone who gains entry into the office.

Monitor the parking lot and make sure it has enough lighting.   Avoid any areas that can give criminals a hiding place for example bushes, stalled cars, among others.

Areas Where You Keep Valuables

One area you need to cover is where you keep valuables; whether documents, money, equipment among others.

If you have a safe in the office, mount a camera at eye-level so that you can capture the features of anyone who tries to break into the safe. Position the camera in a way that it can capture anyone who enters or leaves the room as well.

If you have an open plan office setup, mount cameras with an aim of getting a bird’s view of all the employees.  Employees who know they’re under surveillance work harder and avoid petty quarrels in the workplace.

If your office design has partitions or individual offices, it may be harder for you to install security cameras in each office due to the expense aspect.  However, offices that have sensitive documents should have video surveillance.

Be careful though, you do not want an employee to sue you because of invasion of privacy. Do not put security cameras in the locker rooms and bathrooms.

One trick used by disgruntled employees is to steal workplace stuff and throw it in the dumpster and later retrieve it.  If you find that you’re losing things, consider positioning a camera near the dumpster. You never know who you may catch in the act

Have sufficient lighting in your workplace especially on the corridors, stairways or any dark corners.  If you have the budget, install security cameras on the stairways for added security.

The office design will play a big role in the type of security system you install.  An office with an open office plan design, while great for employee interaction, can leave the employees exposed to attacks. In an emergency, the rush to the exit can result in accidents and possible fatalities.

Make sure you have enough exits, strategically-placed security cameras, proper lighting, and a thorough check for anyone wants to access the workplace.  For co-working spaces, the same applies only that you need to factor in the different schedules for those using the workspace. 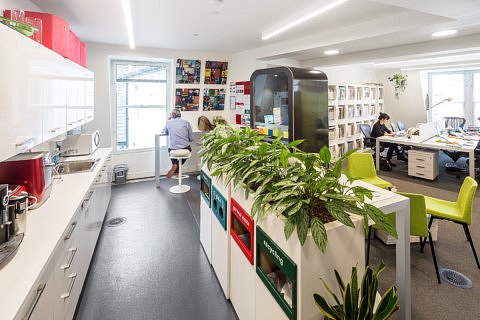 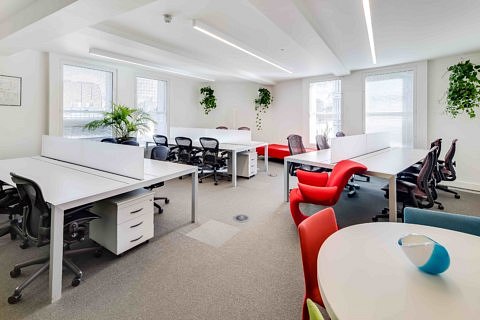